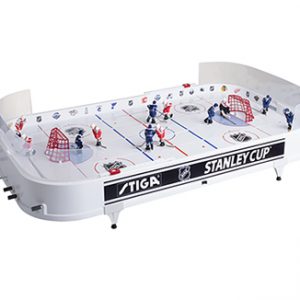 Playoff Game – white rink, standard ice, European sponsors on boards and ice, Sweden and Finland teams with w/plain painting style (faces not detailed), all left handed players. This game has been discontinued and is limited to remaining stock.